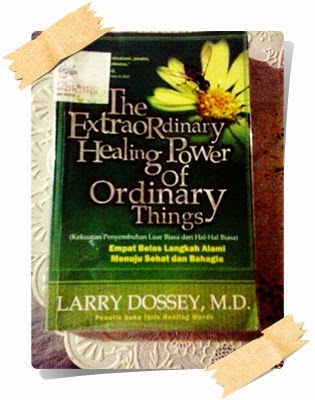 This book tell us about the real things in front of our eyes, but we always ignored strength and capability that make our life to be better. Although these chapters often to discuss health issues specially, but there are discuss generally too.
Let's look at a new perception about the wonder and mysteries of the world, A surprising fact, Modern medicine sometimes unfriendly or hostile to a simple approach, as this approach is contrary to medical science. In fact they are not. This is about optimism in healing . So far, the disease is considered just as a physical problem, as physical, soul and mind are a separate system.
Larry Dossey tell us many examples about it :
One of them, In the 1950s , Dr.Bruno Klopfer reported examples involving patients with informa ( swollen lymph nodes ) that he was hospitalized . 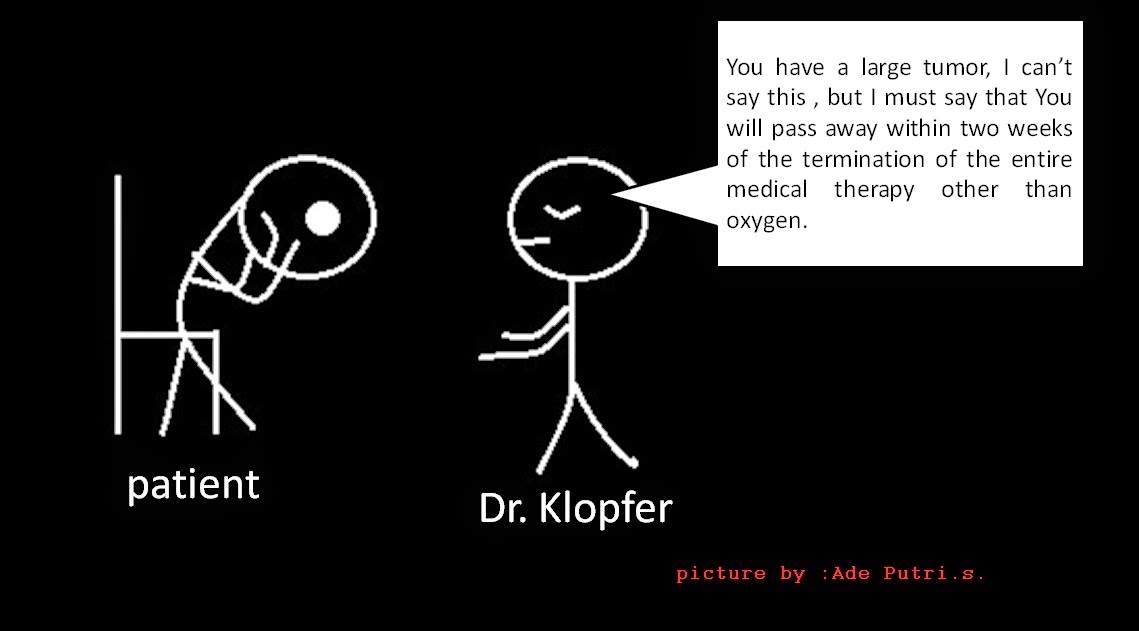 WHAT WAS HAPPEN IN TWO MONTHS LATER ?....
Krebiozen has been withdrawn from circulation. 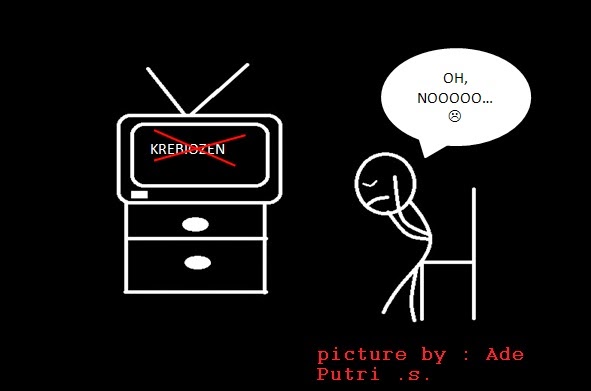 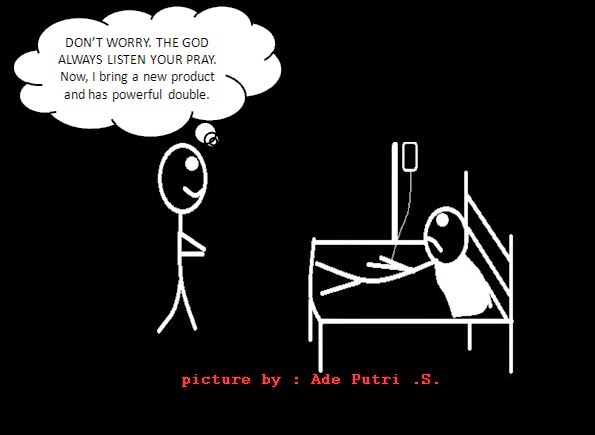 Klopfer was injecting with sterile water . This time his response was even more dramatic than the first . Concluded he could move normally after two months . However, his condition again declined after the American Medical Association issued a report that cancer treatments with Krebiozen pointless . A few days after reading this statement , he was hospitalized and died two days later .

examples of words that can cripple the optimism and hope of the patient:
“Your life is not long again; your condition declined sharply; operation should be done immediately if not, your condition will be worsen ; disease only got worse: it could be your only survive up to six months. "
one question In Our Mind…
Why so difficult to doctors receive a message of optimism on health? 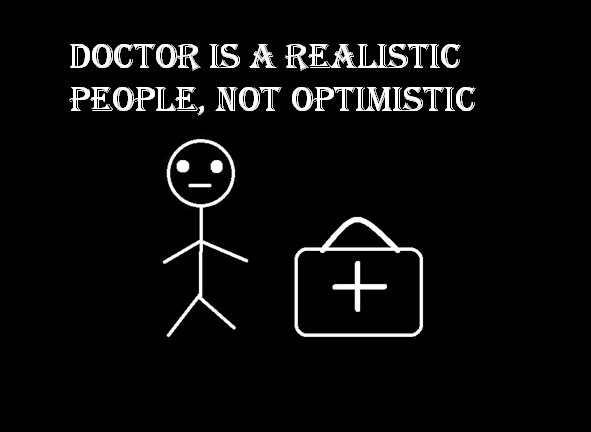 Now, it is not difficult to be optimistic. Research indicates that they are optimistic on average less frequently ill and more longevity than those who are pessimistic. They are the people always happy, have positive thinking, chaser achievements, and always confident. They love to pump up the spirit of others.

One of the biggest breakthrough in medicine of the 20th century was the discovery of the importance of attitudes, emotions and beliefs on health. Now this area is called the mind-body medicine.

Actually, how optimism can result in a longer life and healthier?
Seligmen suggests four ways :
First, the brain records experience optimism and browsing via humoral pathways (liquid), chemical, and to affect the function of nerve cells throughout the body. System including the heart, immune, and others.
Second, because optimism correlated with motivation and action, those who are optimist are more likely to want to be healthy and believe they can be healthy. So, they tend to live a healthy guidance and advice of a doctor.
Third, people who are optimist just  got a few more miserable experience than people who are pessimist.
Fourth, they are optimist always enjoy social support is bigger than pessimist people.

You do not just need optmism but……
A religious activities is believed to increase the human life span, an average of seven years or more. Many research show that how we thought about our health condition is the most accurate prediction of the age range ever found.
NOW, YOU MUST BELIEVE THAT THE OPTIMISM AND PRAYER ARE A POWERFULL,AND CAN HELP US TO GO out THE DIFFICULT CONDITIONS.

Popular posts from this blog

Dega
Hi, I'm Dega, but actually my name is Ade Putri. lol. Dega or Degaharu is taken from the name of a typical tree of Kalimantan. Yep, because I'm from Kalimantan, and I love it. I am passionate about art, literature, nature and the fairy world. Okay which fairy story would you like to hear?